Ever Considered Importing Your Staff?

Can You Make an Electronic Will? 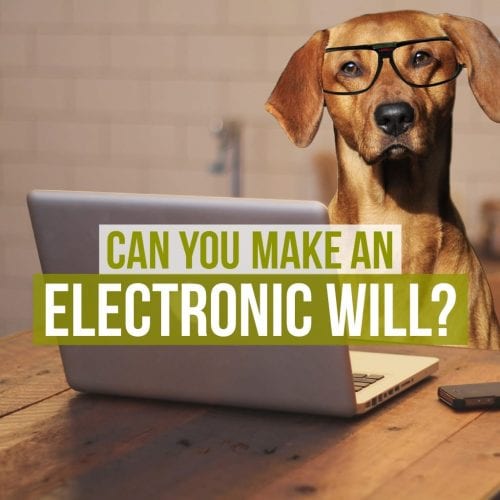 Can you execute an electronic will?  Possibly, but currently the options are extremely limited.

While the Wills Act 2007 does contemplate the possibility of executing a will in digital format – e.g. by way of a video, this concept is still subject to the long standing requirements for a valid will:

In theory, you could execute a valid ‘video will’, but it would still need to be based around a formal will document. You would need to video the complete formal will, and its execution by the will-maker and the witnesses while all being in each others’ presence. It might also be a good thing to pan the room to show that there were no other people there, to dispel any questions as to undue influence or duress.

The big question is: Why would you do this? Simple answer is: Because you can (and some people like to push the ‘legal boundaries’). At the end of the day, what’s the risk? There would still be the underlying original signed formal will document that could be relied upon should the High Court refuse to accept the ‘video will’ record.

Continuing on this theme, under the Wills Act 2007, the High Court does have the power to declare a will valid, despite it not meeting the standard requirements. As an example of this, there has been a recent High Court decision (Re Estate of Drury [2018] NZHC 230) involving a successful application for such a declaration. This involved very special circumstances, but it is based around a ‘digital document’. Briefly, the deceased had executed a traditional formal will, but it was misplaced. The deceased’s solicitor was aware of the existence of the will, and the deceased had also been in communication with his solicitor regarding changes he wanted to make to the existing will. The deceased had also told his children that he had prepared a ‘final request’ document on his computer. After his death, his children found the ‘final request’ document. What was important in this case was that the applicants were able to prove that the deceased was the only person to use the computer. Also, an expert examined the computer and determined when the ‘final request’ document had been created and last edited, and then the applicants were able to prove that the deceased was at home on those crucial dates.

The ‘final request’ did constitute a ‘document’ in terms of the Wills Act 2007. However, it was neither validly signed nor witnessed. Under these particular circumstances, the High Court was prepared to declare the will valid.

What this case shows is that things are changing in this space, but we still have a long way to go before we can categorically say that we can execute a truly ‘electronic will’ that can be regarded as valid and enforceable.

What do you do in the meantime? Get help from your lawyer, of course! Legal experts can’t advise you on how to divide your estate, but they can advise you on the best and most legally secure way to structure your will and ensure your wishes are protected.