Ever thought about selling your business? 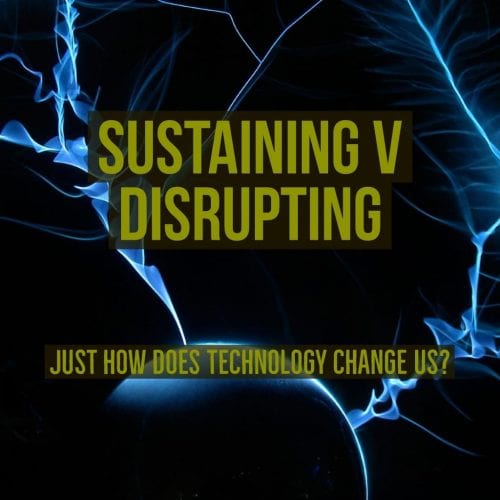 Welcome to the first in a series of tech blogs coming your way each month! In this series of blogs, the Wakefields Tech Team will bring you technology news that makes sense, demystifying the complex technologies that have emerged over the last few years, and look at what the future might hold.

Technology drives our lives. Those who keep up to speed and adapt will thrive rather than simply survive. Sometimes we have warning that the world will change, sometimes it seems to happen in the blink of an eye as one new innovation explodes onto the scene.

Here and now, the stage is being set for a number of emerging technologies to disrupt our daily lives: driverless vehicles, virtual reality, 3D printing and the Internet of Things, to name just a few. Everyday more articles pop up debating the effects of these disruptors. Will they make our lives easier? Could they be the answer to the humanitarian crisis? Or will they make us redundant? And mostly, will they even ever develop enough to affect us at all?

The birth of new technology.

Disruptive technologies can get little more than a passing glance at first sight – they are often complex, unfamiliar and seem like a long way off. Certainly in the past, disruptive technology could take years to emerge, develop and make its way to the mainstream. A whole 35 years after its invention, the telephone was being used by only a quarter of the US population.

Since the first “Ahoy-hoy” down the phone line it has become exponentially faster and cheaper to produce new technologies, allowing them to hit the mainstream sooner. Mobile phones took 13 years to reach the same number of people as traditional telephones. The internet? Only 7.

Disruptive technologies may not turn the world upside down overnight, but taking a short-sighted approach can cause disastrous results. Kodak once monopolised nearly every sector of the photography industry with the most technologically advanced film cameras there were. They focused solely on the development of sustaining technologies around film, keeping them at the top of the game. But when one of their own team came forward with the invention of the digital camera, rather than embracing it, Kodak turned its back on this disruptive technology for fear it would completely erode film sales. Then in 2012, Kodak filed for bankruptcy.

Kodak is only one example. The 1990s saw many successful businesses regularly failing in the wake of new technology. This prompted a Harvard-led study which discovered that the habit of shying from emerging disruptive technologies was the root cause of company failure. Today, disregarding emerging innovations is even riskier. Technology’s development, reach and complexity is escalating exponentially and with it, a rapid acceleration of market disruption. By turning a blind eye to the disruptors, companies risk losing much more than short term growth.

The legal world values traditional ways of thinking – tried and true methods of working, thinking and interacting with clients. At Wakefields, we believe in the importance of balance. Maintaining proven traditional methods while staying up-to-date with technology and keeping a close eye on the horizon for disruptors that could turn things upside down and in the end provide better, more efficient service for our clients. So stay tuned for articles on the innovations looking to change our landscape, including developments in automation, AI, Bitcoin and other cryptocurrencies, and blockchain technology.

‘Digital Assets’ – What Exactly Are They?